The General Presidency for the Affairs of the Two Holy Mosques has prepared 58 doors to receive worshipers authorized to perform Friday prayers, with a line of services and precautionary measures, which it provides through its affiliated departments. Follow Saudi Expatriates on imo mobile app

The Director of the Doors Department at the Makkah Al-Mukarammah's Grand Mosque, Mr. Fahd bin Sharaz Al-Maliki, said that more than 100 door observers were recruited to receive the worshipers and direct them to the designated places.
- Al-Maliki mentioned that, 20 doors were allocated for worshipers, which are King Abdullah, 114, 121, 123, 104, ladder Al-Shabikah, 74, 84, 85, 88, ladder 91 and 92, basement 76, and 82, Ajyad Gate, Ayjad bridge, the entrance of the Arqam ladder, Gate Ismail, the Marwa bridge, the Arqam ladder. Trending : 6 steps for issuing Umrah visa for those coming from outside Saudi Arabia
- While for the Gates for pilgrims, there are 11, which are King Fahd, Ajyad Gate, Ajyad Bridge, Peace Basement 1_4_5, Shabbuk Al-Safa, the entrance to the Arqam ladder, the doors of the Prophet, Bab Ali, and Al Marwa Gate.

- Eleven doors allocated for people with special needs and they are King Fahd, Ajyad Gate, Ajyad Bridge, Peace Basement 1_4_5, Bab Al-Marwa, Al-Marwa Bridge, Shabok Al-Safa, 114, 123, and the rest of the doors were allocated to public services, and the entry and exit of male and female workers at the Grand Mosque.
- Al-Maliki explained that the administration controls the entry and exit process, and provides the opportunity for pilgrims to the Sacred House to perform their rituals with comfort and reassurance, with the application of all precautionary measures. Recommend : Is pilgrim allowed to travel between Makkah and Madina on Umrah visa, Hajj ministry response
- He added that there are doors equipped with light signals and directional panels that light up in green when there are vacant places inside the Grand Mosque and light up in red when the capacity is complete, and not to enter the Grand Mosque when the worshipers leave immediately after the prayer. 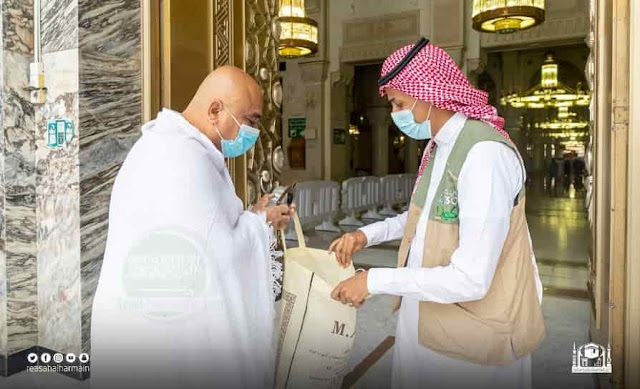 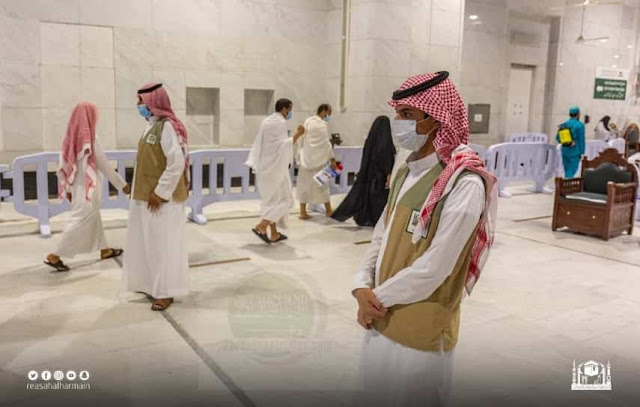