The General Authority of Civil Aviation (GACA) in Saudi Arabia has issued a circular to all aviation companies operating in the Kingdom's airports, including general aviation and private aviation, regarding the procedures for citizens' travel abroad, in line with the Kingdom of Saudi Arabia’s announcement that Saudi citizens will be allowed to travel abroad and return to it, and in implementation of the recommendations of the concerned authorities.

The circular states that airlines are allowed to transport vaccinated citizens who received two full doses of the (Covid-19) vaccine, who received one dose, given that 14 days have passed since they were vaccinated with the first dose, as shown in the official Tawakkalna app, to enter airports and board flights.
- It also provides for allowing the transfer of citizens recovering from the Corona virus, provided that they have spent less than 6 months of being infected with the virus, according to what appears in the Tawakkalna app, as well as allowing the transportation of citizens under the age of 18 years, provided that they present an insurance document before travel approved by the Saudi Central Bank, covering the risks of (Covid-19) outside the Kingdom, according to the instructions announced by the relevant authorities. Trending : Know the categories allowed to travel from 17th May in Saudi Arabia
- The GACA confirmed that these procedures will be effective starting from 1:00 am on Monday, May 17, 2021.
- The authority warns all travelers to the need to make sure the requirements for entering the country of destination by bearing the responsibility of the air carrier to educate travelers about the instructions and requirements of those countries so that they can travel in a safe and healthy way, taking into account the procedures and requirements imposed by other countries, in order to avoid any problems or difficulties that may face them and to ensure their safety.
- The President of the GACA, Mr. Abdulaziz bin Abdullah Al-Duaij, thanked and appreciated the leadership for its keenness to allow Saudi citizens to travel outside the Kingdom in accordance with the considered health requirements, noting the successful efforts made by the Kingdom's government in order to combat the spread of Corona virus infection.
- He stressed that the GACA has made use of all its capabilities and efforts to implement the directives of the wise leadership, and to prepare the airports with all their services and facilities to return as they were, indicating that the Authority has taken into account health standards in order to achieve safe travel and airports that provide safety means. Recommend : Ministry of Health clarifies the reason of Immune status for those who recovered from corona in 6 months 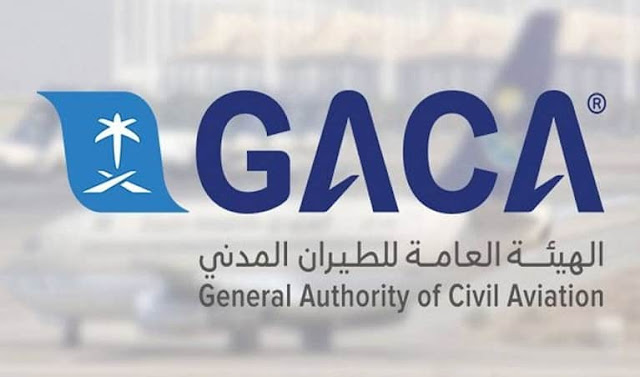 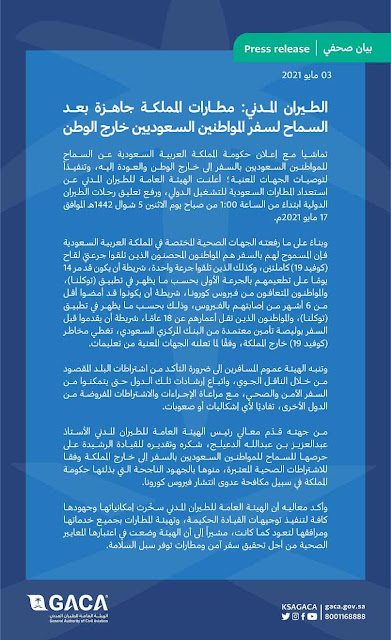