The official spokesman for the Ministry of Hajj, Hisham Abdel Moneim Saeed, announced the Kingdom's intention to conduct Hajj this year, ensuring the safety of pilgrims in accordance with health controls that ensure their health and perform their rituals easily and in a safe environment.

During the conference on Corona developments, he said that this comes in the Kingdom's keenness to allow the guests of Rahman to perform their rituals of Hajj and Umrah.
- He added that, there is a study of all options for holding Hajj rituals this year, and among the options presented is for the pilgrim to be in full health, in conjunction with monitoring all parties monitoring the situation of the Corona virus. Trending : Saudi Arabia calls all Muslims in Kingdom to sight Shawwal crescent on Tuesday
- The Ministry of Hajj and Umrah said in a statement that Hajj will go ahead this year with all the health, security and regulatory standards and regulations in place in order to preserve the health and well being of the pilgrims.
- The ministry also said that, "Health institutions in Saudi Arabia will continue to assess the situation and take all the measures to preserve the health of all mankind,". The ministry said that it would announce the specific measures and organizational plans at a later date.
- Last year, Hajj that usually sees over 2.5 million Muslims travel to Makkah was curtailed for the first time in modern history to allow just 1,000 pilgrims to take part due to Corona pandemic, With borders closed due to the coronavirus, only those inside Saudi Arabia were able to attend. Recommend : GACA sets a condition to enter Saudi airports or flights, guidebook within days 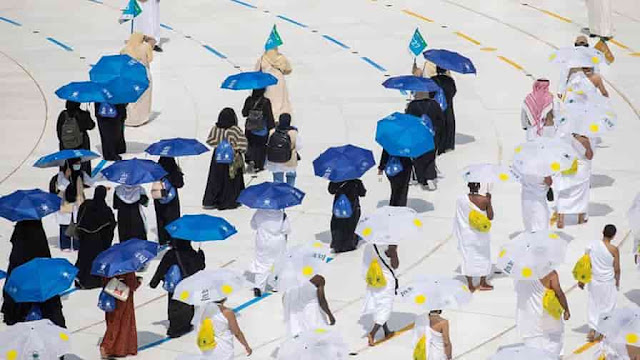