The General Traffic Department (Moroor) in Saudi Arabia has set 5 controls to turn to the right on the red signal.

1. Stop before turning to the right at red signal, this is to ensure the intersection is clear of vehicles and give preference to those coming from the other direction.
2. Saudi Moroor said that, if there is a triangle with an angle of intersection, a turn must be made. while turning after the triangle is considered as signal break.
3. The Moroor added that, you must stick to the right lane before turning, in case it was a main road without service. Trending : Mandatory hotel quarantine for all incoming passengers to Kuwait from 21 Feb
4. If there is a main road, then the vehicle must turn on the service road, while sticking to the right lane before turning, according to Saudi Traffic.
5. Moroor explained that do not turn to the right, when there is a bright red arrow or a board that is not allowed to turn to the right and the traffic light is red, and violating this is considered to be breaking a signal. Read : Saudi Post specifies 7 cases where it will not compensate to the owners of the parcel
- This came in response to a query by one of the beneficiaries on the official Saudi Traffic Twitter account, “Is it correct that, when turning to the right at the red signal, if there is no exit at the signal, is it considered a violation to break a signal?” 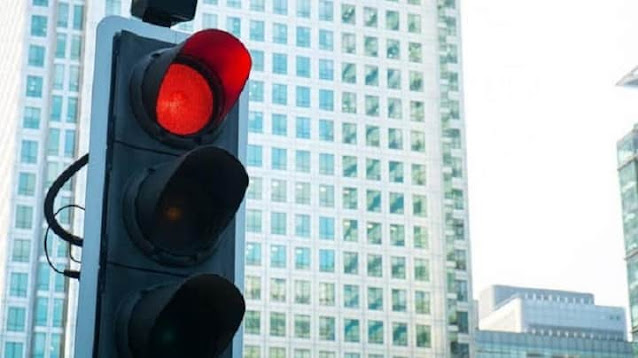 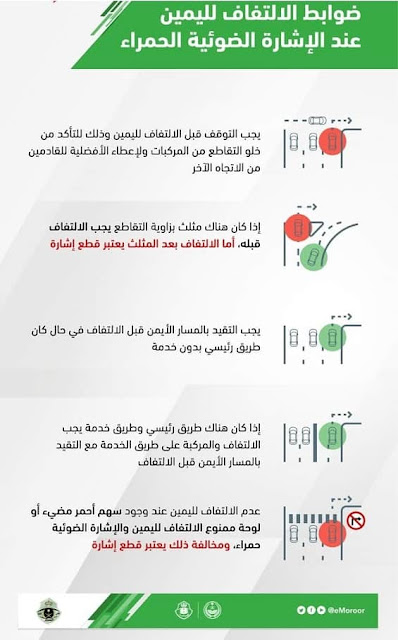