The Kuwaiti Cabinet mourned the departure of the Amir of the State of Kuwait, Sheikh Sabah Al-Ahmad Al-Jaber Al-Sabah, who died today, Tuesday, after a long struggle with illness, at the age of 91.

The Council of Ministers announced the selection of Sheikh Nawaf Al-Ahmad Al-Jaber Al-Sabah as Amir of the State of Kuwait, and announced the official mourning in the country for 40 days.
- The Custodian of the Two Holy Mosques King Salman bin Abdulaziz, and His Royal Highness Crown Prince Mohammed bin Salman offered sincere condolences and sympathy to the noble Al-Sabah family in the State of Kuwait, the Kuwaiti people, and the Arab and Islamic nations on the death of Sheikh Sabah Al-Ahmad, who passed away after a journey full of achievement and giving, Great service to his country and to the Arab and Islamic nations and humanity as a whole.
- The Secretary General of the Cooperation Council for the Arab States of the Gulf, Dr. Nayef Falah Mubarak Al-Hajraf, mourned Sheikh Sabah Al-Ahmad Al-Jaber Al-Sabah, Emir of the State of Kuwait.
- May God have mercy on him, presenting his warmest condolences and sympathy on his behalf and on behalf of all the employees of the General Secretariat to the Al Sabah family and their Majesties and Highnesses, the leaders of the GCC countries and the people Kuwaiti citizens and people from all GCC countries.
- “The world lost, with his death, the pioneer of development, always striving for good, love and peace, aiming to strengthen harmony, cooperation and solidarity among the peoples of the world, and - may God have mercy on him - spared no effort for the good of all humanity.”
- Following the announcement of the death of the Emir of Kuwait, Sheikh Sabah Al-Ahmad Al-Jaber Al-Sabah, this evening, Crown Prince Sheikh Nawaf Al-Ahmad Al-Jaber Al-Sabah became the ruler of the country, awaiting his allegiance to an Amir by the members of the Kuwaiti National Assembly.
- According to official data, 83-year-old Sheikh Nawaf Al-Ahmad Al-Jaber Al-Sabah has been the crown prince of Kuwait for 14 years. 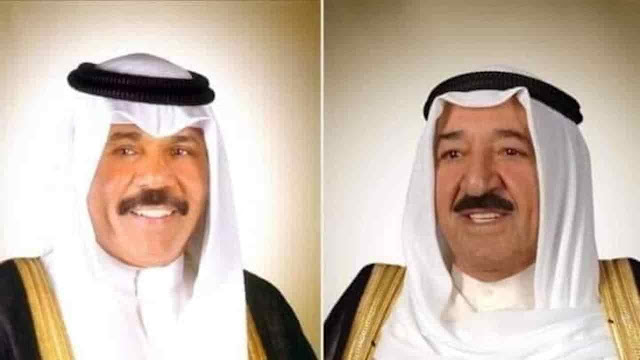