Buy or Sell, Which is correct after the gold prices rose to record rates, Experts answers

Posted by : Aahil Shaik Thursday, August 6, 2020
Buy or Sell, Which is correct after the gold prices rose to record rates, Experts answers

Gold prices have gained 32% since the beginning of the year, supported by measures taken by the central banks to mitigate the impact of the economic blow to the emerging Corona pandemic. And broke the precious metal during the past three months, especially last July, figures he had not seen before, so it rose from 1800 to 1900 US dollars. Trending : Labor settlement wing receives 3000 lawsuits in 2 months


Experts expect prices to continue rising, at least in the coming months. According to the Sky News.

- The CEO of (Kuwait Saboy) Company, Rajab Hamed, said that gold today has exceeded the level of 2000 dollars, and it may rise towards 2100 and 2200, advising the simple consumer to buy at this time, saying: The next is higher, Today's prices are higher, but they will be higher in the future. Recommend : Procedure of worker to get final exit in cases of death of sponsor

- Hamed added: If the consumer's goal is to obtain a safe haven and save, then these are good reasons to buy now, especially if the range is from medium to long, i.e. from 6 months or more.


- As for speculators and traders, Hamed explained that the decision depends on the daily market movement, which may fall and rise in the range of tens of dollars.

- With regard to women who own gold jewelry, Hamed said: The current time is suitable for sale, as a gram of gold was between 50 and 55 dollars ago, but today the price of a gram has become 64 dollars. See Also : Traffic department sets condition on buyer while transferring vehicle ownership

- Rajab Hamed believes that it is difficult for gold to remain high in the long term, as it rises and falls in the markets, but from last July it has risen sharply.


- Amr Abdo, co-founder of (American Market Trader Academy) agrees with him, who expected the minimum price for gold to be above $ 1,800, after it was about 1,450 in the past.

- Abdo said: Gold appears now to be the safest haven in light of the modest results of other incomes, such as yields on bonds, which were crowding out the yellow metal in the safe haven. Read : Displayed price tags must include VAT in Saudi Arabia

- Abdo said that there is a great demand for gold on the part of central banks, which want not to lose the value of their cash reserves, saying: The same applies to ordinary consumers, who buy jewelry. 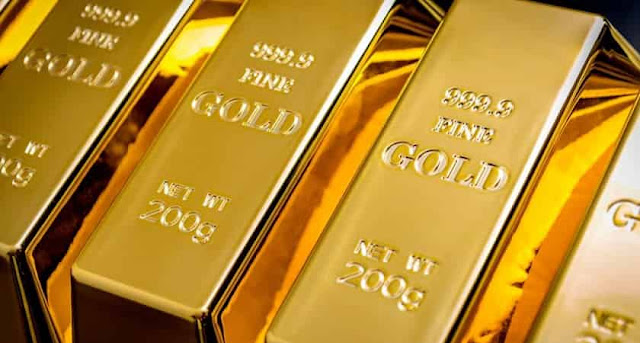