Saudi Arabia warned those who is using banknotes to decorate bouqets of flowers, Its a violation and the violator will face a penal action similar to penalties of counterfeiters (Fake currency or Forgery).


The Saudi Arabian Monetary Authority (SAMA) issued a warning to those who are using Saudi Riyals notes in decorating bouqets or as flowers. It is a illegal activity and a Special Penal Code shall be applicable on those who involved in such cases.

- According to the law, Any person who intentioinally change features of Saudi currency notes, which is in circulation in the country, or distors or tears or washes by chemical means or partially damages or loses weight and size shall be punished by Jail term for a period of 3 to 5 years and a fine not less thatn 3000 SR to 10,000 SR or both penalties.


- Many people reached the bank to replace their damaged notes with new ones, SAMA warns using banknotes in bouqets of flowers as it would lead in damaging banknotes, The Saudi Arabian Monetary Authority calls to respect toward a national symbol in the banknotes.

- Before this, SAMA asks to probhibit use of images and designs of bank notes that are in circulation for comercial and other businesses without getting a permission from the SAMA.

- Selling products of bearing pictures of the official currency of the Kingdom by some markets and shops in the Kingdom is punishable under the penal provision to prevent counterfeiting stated a report in Saudi Gazette. 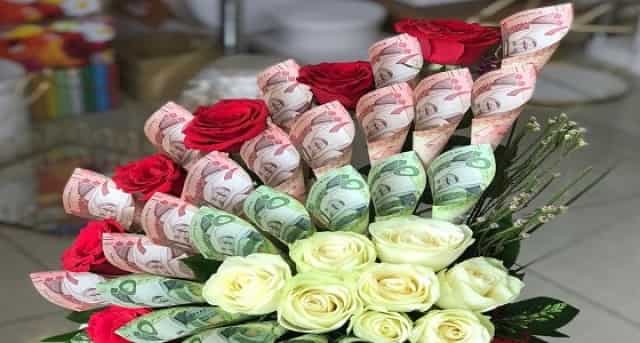