Saudi youths saved 3 kids from fire in house in Makkah

Two young Saudi men have been hailed as heroes of Social Media after their viral video of saving kids from a house fire.


According to Saudi Arabia's local news reports, The two young Saudi men heroically rescued three kids from a burning house on Monday, The incident video is from the Makkah city of the Kingdom and its became viral in the social media since its post.

- The viral video clip of social media shows, the 2 Saudi men can be seen working together to save the stranded children from the house.


- They climb on the house on tents near house and broke the windows glasses and saved three children one after one by pulling them out through the open window outside of house. 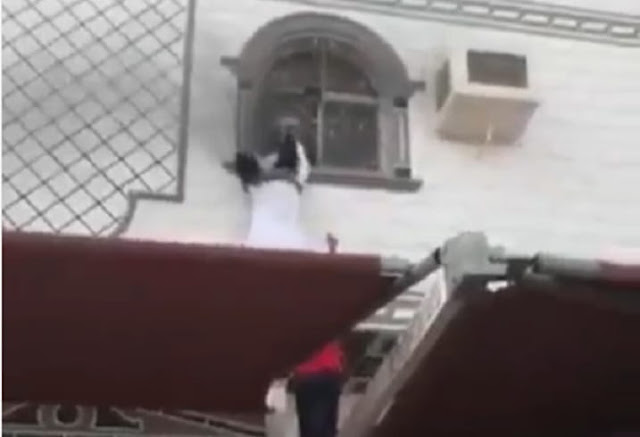