American Delta flight engine failure mid air caused passengers terrifying moments in the air, The plane was traveling from Atlanta to Balitmore, within one hour of take-off the pilot announced the flight is emergency landing.


The flight had to make an emergency landing in Raleigh, North Carolina after one of its engine failed mid air, The horrifying moment of orange sparks and a damaged engine was captured by one one of the passenger on-board.

- According to one of the passenger there was a loud noise and then suddenly red sparks started to come up into the cabin, While the other said they saw smoke in the cabin, It was getting hot and the air cut off, the flight was started slowing down.


- The moments on the flight was very scary, However they landed safely at Raleigh, where the airline handed all the passengers food vouchers of 30 USD as they were waiting for the next flight in Raleigh. 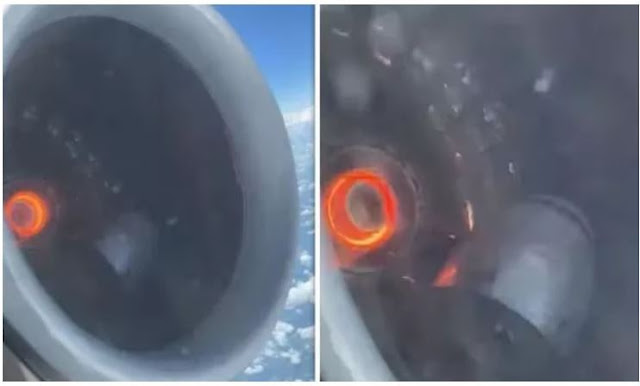