Pakistan's Prime Minister Imran Khan performed Umrah along with his wife during his visit to the Kingdom of Saudi Arabia for the 14th Summit of Organisation of Islamic Cooperation (OIC) held in Makkah.


He was also accompanied with Punjab Chief Minister and Khyber Pakhtunkhwa Chief Minister, Videos and pictures of his Umrah pilgrimage circulated on social media.

- As per the Pakistan news report, during the Umrah pilgrimage, the premier prayer for the peace and prosperity for his country and the unification of Muslims around the world.


- The conference titled 'Makkah Summit - Together for the Future' hosted by Mohammad bin Salman (Saudi Crown Prince) with the aim to develop a unified stance on current issues and events in the Islamic world. 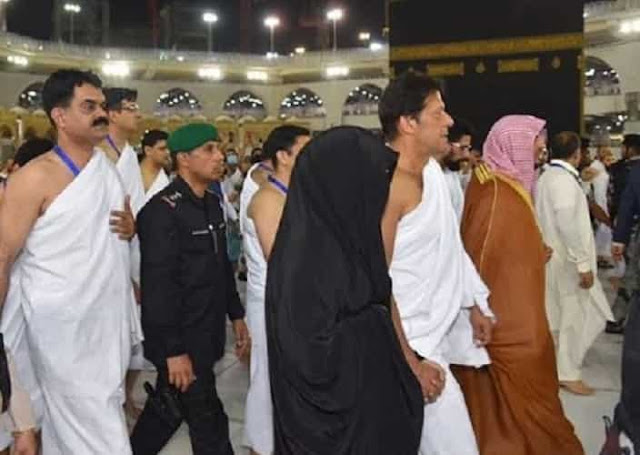