A petrol station caught fire in Yanbu city after a speeding car crashing into petrol pump, The incident happened in the early hours of Tuesday in the Madina Province of western Saudi Arabia.


No causalities were reported, The car driver lost control on his car, which rammed into the gas station dispensing machine causing the fire ball of flames.

- The video of the incident went viral on social media, Thanks to the quick thinking of a Saudi man, who put out the fire with the help of fire extinguisher. Soon after the other attendants joined him and removed a parked car away from fire.


- Soon after the viral video, The chairman and chief executive officer of Yanbu Aramco Sinopec Refining Company honored the employee with a certificate of appreciation by saying 'reflected the company's values that above all, protected the public's safety'.

- Courage, trust and the calm behavior of he man shows what a true hero is, he should be regarded as our country's hero commented one of the social media user. 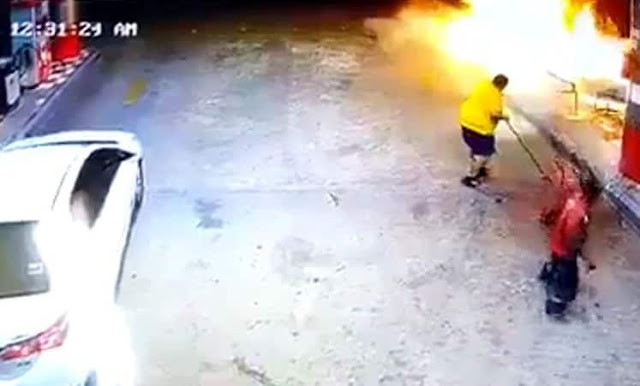