In a viral video "A man in white thobe about the age of late twenties or early thirties slapped and assaulted a street cleaner in the Saudi Arabia's capital Riyadh". Trending : Monthly salaries of expats and Saudis in the Kingdom


After the video became viral in Twitter, public strongly reacted on it, The video footage shows "A man wearing white thobe slapped expatriate labourer" who was working in the Martyrs Park in the neighbourhood of Gharnata. Recommend : Temporary jobs for Hajj season via Ajeer

- The Riyadh municipal authorities issued a statement slamming the "irresponsible and immoral act". Authorities announced that they would follow up the issue with security agencies, stressing firm commitment to protecting workers rights.

- Riyadh police identified and arrested the man, According to the sources he is a Saudi citizen and he has been referred to the Public prosecution. 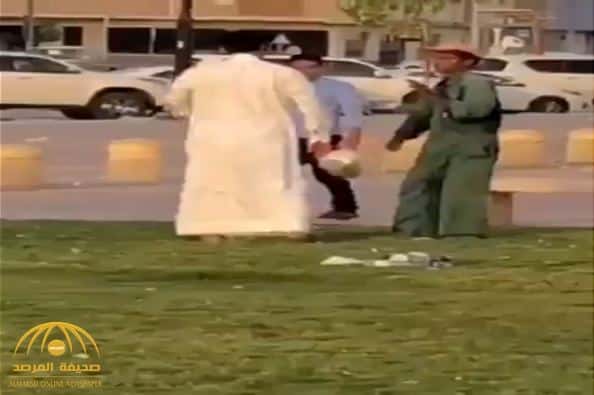