Social media users circulated a video of a group of fans of a Saudi team inside the Rostov Arena stadium, which witnessed the "green falcons" meeting against the Uruguayan counterpart, who are performing the obligatory prayers. Most Viewed : Apple to open its branches in Saudi Arabia


The video showed some of the Saudi fans performing the prayer, among the stands of the international stadium during the match between Saudi Arabia and Uruguay. Recommend : Step by step procedure to obtain police clearance certificate

The national team had a remarkable performance against Uruguay in a meeting ended with a single goal, scored by Luis Suarez in the 23rd minute of the first half. 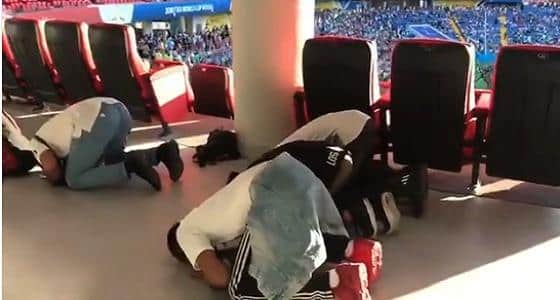