A 16 year old Saudi teenager boy gained 33 million views on his rap song called 'Samoly' that is 'Bread' on his Youtube account named "Dyler", With fame his song sparked controversy for being his love to bread.


His song buzzed in Social Media platforms and stir controversy, While many viewers attacked his video as cheap and degrading, His supporters came into the line and congratulate him for reaching a successful millions views.

- While few supported the young rapper by saying people are jealous about the aspiring a new success of this rapper. Dyler fame not only limited in Saudi Arabia his video crossed the borders from Saudi Arabia to UAE.


- Dubai welcomed the teenager and hosted him at one of the malls in Dubai, where he meet and interacted with his thousands of fans reported Al Arabiya the local Saudi news. 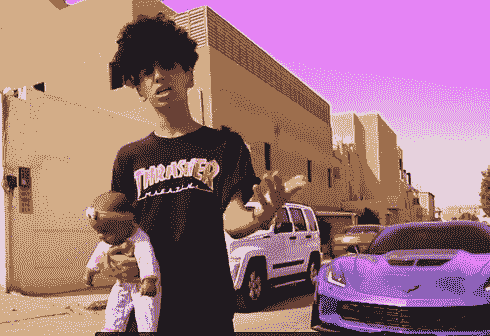