Saudi police in Riyadh have arrested two guys who assaulted and steal money from an Asian worker in the street, With in a day, After a video of stealing and assaulting an Asian guy became viral in social media. Trending : Salaries of Expats & Citizens in Saudi Arabia


The video clip footage shows, One guy forced a victim to stand near a wall and then he steal money from his wallet and slapped him hardly and through his wallet near him then they ran from there in a white car. Recommend : A Saudi teacher in trouble after he tell students there are no jobs for them

- Social media users sparked outrage across the Kingdom and leading many to call authorities to take quick action against this robbery gang, With in a day of video became viral, The police have arrested these guys.


- As per the reports of various sources, the aggressors are now in investigation and police officers believe they have been involved in such crimes from the last few weeks. Read : 3rd Phase of feminization in Saudi Arabia


- 'The pain of the beating and humiliation he suffered are greater than that of their theft' tweeted one guy in Twitter, While the other said 'Such crimes are becoming common in the Kingdom, These gangs must be stopped, we hope the prompt action is taken against them'. See this : Labor Ministry to stop services to companies for not correcting their status

- Another guy in his tweet said "There is no doubt that authorities can stop these gangs but we want immediate, preventive and public punishments".


- This is not the first case, In the last week itself Mecca police arrested a group of people who involved in robbing taxi drivers, police took the action after they received many complaints on such incidents. 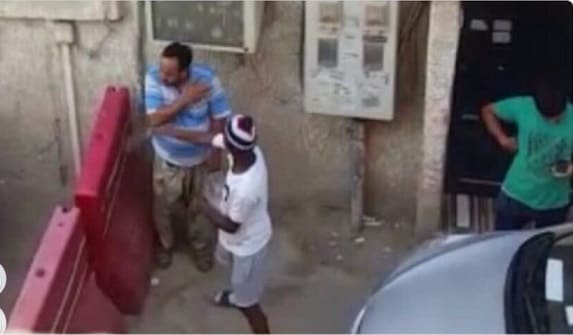