Saudi Arabian Public Transport Company is now allowing Saptco Online booking tickets to various cities through their official website. SAPTCO was established in 1979 (1399 Hijri). Naqal Jamai Saudi Arabia (SAPTCO) is also providing a transport service for pilgrims of Hajj and Umrah and to students of School transports. KSA main five cities like Riyadh, Makkah, Madina, Jeddah and Dammam have a SAPTCO bus schedule of every 2 to 3 hours. For booking tickets you can directly visit Saptco Bus Station, Any Travel Agent or you can do SAPTCO Online Booking. 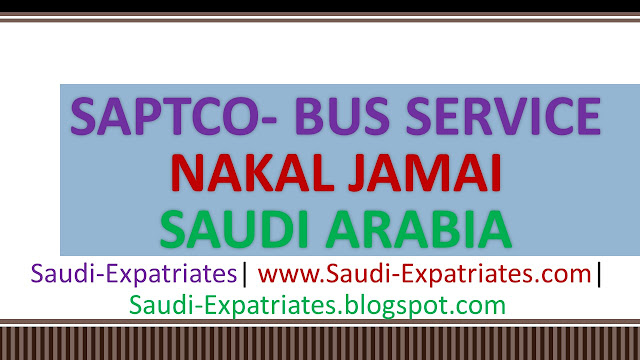 It is really cheap to travel in Saudi Arabia, If you have your own car, How ever most of the expatriates does not have their own car. If they want to travel from one city to other whether they choose Taxi, Train or a SAPTCO bus service. If you traveled by Taxi you may need to pay more than any bus charge or any train charge, Minimum charge for taxi to travel is more than 100 Saudi Riyal and their driving is too rude and very speed more than 180km per hour, which is not safe at all.


Unfortunately trains does not connect each and every city of KSA as the current train service is only running between Riyadh to Dammam or Dammam to Riyadh. Train projects in Saudi Arabia are still in progress, It will take time to connect to each and every city of the Kingdom of Saudi Arabia. You can also Read this article "Train Services in KSA".