RIGHTS OF EXPATS IN 9 LANGUAGES ON SAUDIA

Posted by : Aahil Shaik Thursday, July 26, 2018
MINISTRY OF LABOR WITH SAUDI AIRLINES LAUNCH A VIDEO ON RIGHTS OF EXPATS IN 9 LANGUAGES

The Ministry of Labor and Social Development has launched an initiative aimed at introducing the rights and duties of expatriate workers in nine languages ​​through an introductory video on the screens of Saudi Arabian Airlines. Trending : Service charges fee from Jawazat

The video which is displayed on Saudi Airlines in Arabic, English, Bengali, Tagalog, Urdu, Indonesian, Malayalam, Hindi and Amharic (Ethopian), gives general guidelines on the work or employment contract. Recommend : Never buy a sim from outside, read the story of an expat here

- Contract of employment should be in writing, both parties should have a copy of the contract and the same amount of salary should be paid as mentioned in the contract, said the ministry in reference to the content of the video.


- Additionally, the passengers would have the opportunity to have further information including employer should bear the fees of recruitment and accommodation fees and ticket return of the worker to his home country. Read : Profession changes on iqamas open now

- The video also contains guidelines that confirm the worker's right to keep her or his passport as per Saudi regulations as s/he is not allowed to move to another employer without pursuing transfer of service first, which is in violation of the Labor Law.

- It is noteworthy that the Ministry of Labor and Social Development launched the Labor Education website in 2014 aiming to increase people's awareness on labor regulations. It encourages all stakeholders to review articles of the Labor Law in both English and Arabic languages. Related : Saudi to reduce Saudization targets from 100 to 70% in some sectors

- The website supports tripartite parties including government, employers and workers by containing a number of topics, such as duties and rights, work environment and labor knowledge.


- The workers can have a look into their general rights pertaining to labor contract, wages, work hours, training and qualification, end of service award, vacations and labor committees. See Also : Fines for transporting or employing illegal expats in the Kingdom 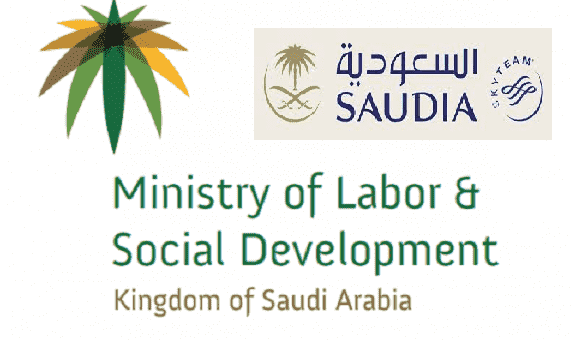