The General Traffic department (Moroor) in Saudi Arabia explained that paying traffic fines is a condition for conducting any transactions on the Absher portal, stating that the law stipulates that each violation to be paid separately.

This came in response to an inquiry from a Saudi citizen, where Al-Muroor stated that “the instructions stipulate that each violation be paid seperately, with the need to pay all violations in order to be able to take any action through the Absher portal.” Trending : Vaccinate all workers of Makkah's Grand Mosque - Deputy Minister of Hajj and Umrah
- Earlier, Al Muroor said that in order to renew the car form, fees and violations must be paid and technical inspection and insurance must be carried out, and it can be renewed through the citizen's account from the Absher portal.
- In the other case, Saudi Traffic arrested a vehicle driver who committed several violations, after an appeal from a citizen, stating: “To the Jeddah Traffic Department, I hope that this careless person will be held accountable at high speed bypassing the emergency line, indistinct and almost causing an accident in the crowd.”
- The official Saudi Moroor account interacted on Twitter, saying: “We thank you for your concern and eagerness, and we inform you that the driver of the vehicle was arrested and referred to the Traffic Authority to apply the penalties prescribed by the system.” Read : Man with knife arrested in Makkah's Grand Mosque 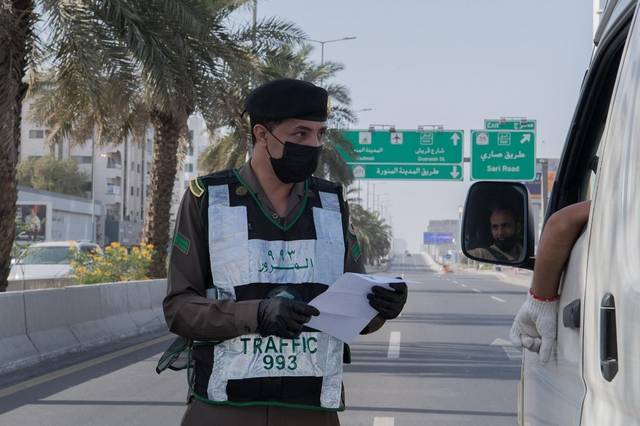