The General Directorate of Passports (Jawazat) in Saudi Arabia has set the controls that must be met when changing the photo of the person in the iqama (resident identity). See Also : Is medical test must for issuing iqama in Saudi Arabia?

This came in response from official Jawazat Twitter account to the question: “Peace be upon you. I have a question about changing the picture in the identity of a resident expat, How can I change it or what I am capable of?”
- Saudi Jawazat in response of a tweet said, "The procedure is carried out after reviewing the Passport Department, and in order to do this the passport of the applicant must be valid and the personal photo in the passport should be recent while the head uncovered." Recommend : What will happen in case of delay in iqama renewal of an expat worker in Saudi Arabia

Procedure to change Iqama picture :
1. Book appointment with Jawazat as 'Resident Services'
2. Visit the counter with Camera at Jawazat office
3. Give your Iqama and describe your issue
4. Confirm your fingerprint at the counter.
5.  The officer will take your picture and will update it.
6. Now you can go to another counter to print your iqama with new image.

Stages of issuing Electronic Passport in Saudi Arabia :
Jawazat explained the stages of issuing electronic passport and identified it in 3 stages for the issuance.
* In its first stage, the e-passport is issued in three administrative regions of Makkah, Riyadh and Eastern Province.
* In second stage, the electronic passport is issued in all regions of passport department in Saudi Arabia.
* In the third stage, the e-passport is issued through Absher platform. Follow Saudi Expatriates on imo channel
- In first two stages, a limited number of passports are issued, as per the priority of appointments.
- The old passport whose validity is not finished is still in force, after the adoption of new e-passport. As of now citizens can use either old passport or replace it with e-passport. Both can be use at Kingdom's all ports of air, land and sea. 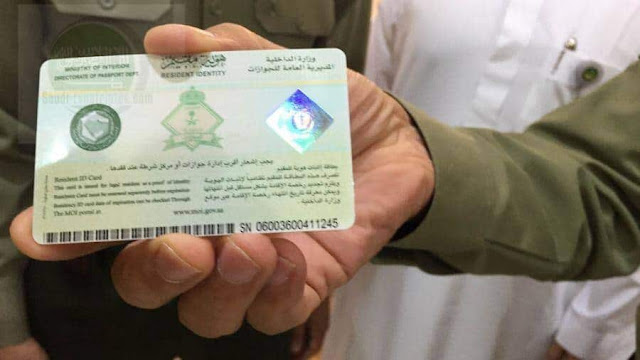