A TIME TRAVELER MAN FROM 2030 CAME TO WARN

A time-traveler man claiming, he visited from the year 2030 and arrived in 2018 to warn about the future. Surprisingly, the lie detector machine detects he is telling the truth.


He said his life is in danger for revealing the truth about future, some agencies will torture him for giving information about the coming years, he said. So he hided and keeping secret about his last name said the man 'Noah'.

- He claims, Donald Trump will be re-elected in the year 2020 and the present year (2030) US president is IIana Remikee, global warming will have caused the temperature raise in North America.


- He also claims robotics technology have taken all over the world, Google robotics will spread across the globe and will be developed to the point they can run a home like humans independently. By 2021, Google Glass style device will be worn by everyone.

- Humans will reach Mars planet in 2028, Electronic cars is replaced with petrol and diesel cars, Bitcoin will continue to be popular, old currency models are still running, Most of the forms of cancer have been cured in the year 2030.


- He is currently 50 years old and now he had taken an age rejuvenation drug, which made him to look like a 25 year old man. He said i am stuck here, I cannot get back to my time.

- Self driving and driver less cars will improve drastically, Renewable energy will take off. After his first video interview he hided his location and attended his 2nd interview on phone call.


- Social Media users criticized him by saying, Lie detector tests do not say if things are true, only the person who made it, claims that they are true. No one have choice to know whether he is saying truth or not, except we will wait for his predictions to become true. 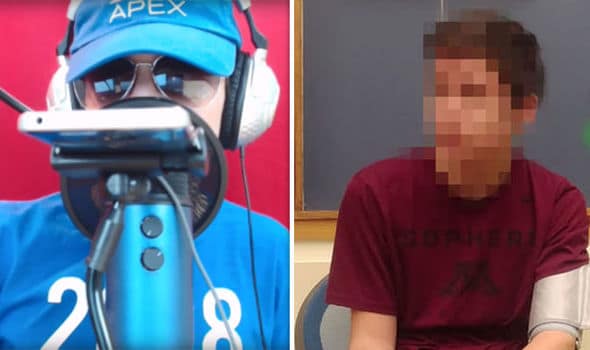